One Mission Bay: Topping Out

San Franciscoâ€™s burgeoning Mission Bay enclave has a vibrant and stylish addition: One Mission Bay. The shimmering new luxury condominium at 1000 Channel Street has officially topped out, which means that its completion is right around the corner. And word has begun to spread: One Mission Bayâ€™s sales office had its best month yet, and the trend seems destined to continue. Buyers are excited to own one of the 350 new luxury residences and have access to our buildingâ€™s world-class amenities. And, quite frankly, weâ€™re excited for them.

The Mission Bay area has become one of San Franciscoâ€™s newly polished gems. The University of California, San Francisco, moved its research campus here several years ago, bringing with it a group of sleek new academic buildings that are helping to define the waterfront skyline. AT&T Park (where the SF Giants play) is perched just across Mission Creek, and the neighborhoodâ€™s wide boulevards make it a perfect area to explore on foot or by bike. Runners and cyclists love it here.

Furthermore, Mission Bay is adjacent to SoMa, so professionals who work for one of the many tech firms there can enjoy a quick and hassle-free commute. Retail giants, including Old Navy, are headquartered in the Mission Bay District. And, as Terry Wachsner of CIM Group, one of One Mission Bayâ€™s developers, notes, there are many new transit additions on the horizon that will make the area even more dynamic and connected. â€œAs the home of the Chase Center, new Uber offices, and the Central Subway Project that will make the area a transportation hub,â€ Wachsner states, â€œMission Bay is San Franciscoâ€™s up-and-coming neighborhood.â€

Our San Francisco condos at One Mission Bay are setâ€”primed evenâ€”to make their mark on the neighborhood. We are the largest development in the area, comprising a 16-story tower and a six-story mid-rise, with residences ranging from studios to three bedrooms. Renowned, and utterly spectacular, international architectural firm Arquitectonica designed the project, which features warm and contemporary interiors by II BY IV DESIGN.

One Mission Bay hugs the coastline, is surrounded by parks and bike paths, and is accessible from anywhere in San Franâ€”it’s a legitimate urban oasis. The designers struck a unique balance here between the natural and the man-made. Stone and wood finishes meld seamlessly in the interior spaces of these waterfront condos, resulting in bright, modern residences that will surely exceed all expectations.

Fitness expert and nutritionist Harley Pasternak brought his talents to One Mission Bay to design the exercise area and fitness center, which spans 2,400 square feet. There’s also a heated outdoor pool with poolside cabanas, several fire pits, and a library. We also offer residents access to a guest suite, a residentsâ€™ lounge, private meeting rooms, a business center, and a private dining room with chefâ€™s catering kitchen for entertaining.

One Mission Bay has it all; topping out is just the beginning. 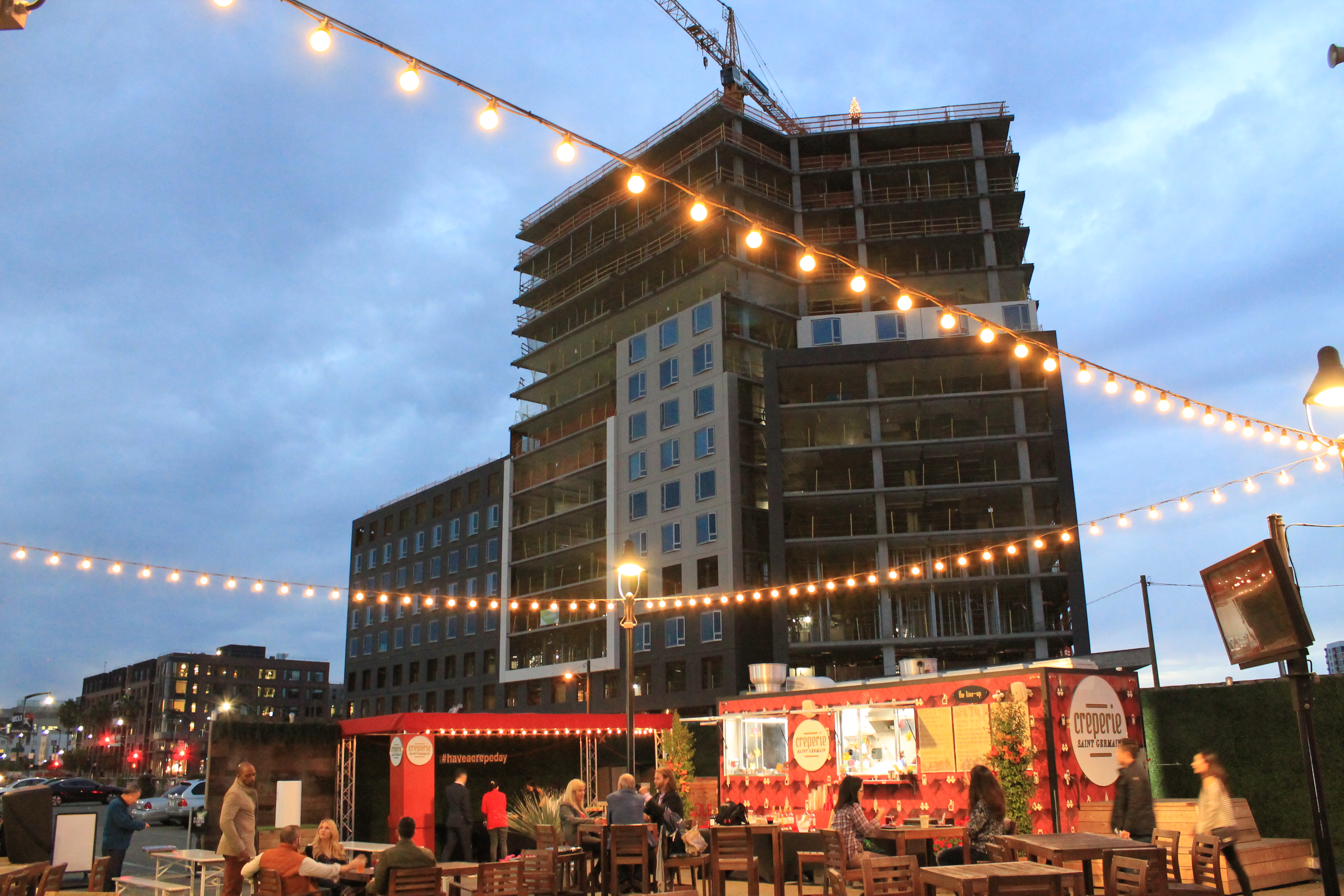 Nature is your neighbor. Nurture is your reward. Escape from the concrete and surround yourself with color as everything convergesÂ atÂ ONE Mission Bay. The comfortable blend of urban pulse, modern design, resort-like amenities and the great outdoors. Join us on Facebook, Twitter and Instagram for construction updates, neighborhood news, events, and much more.